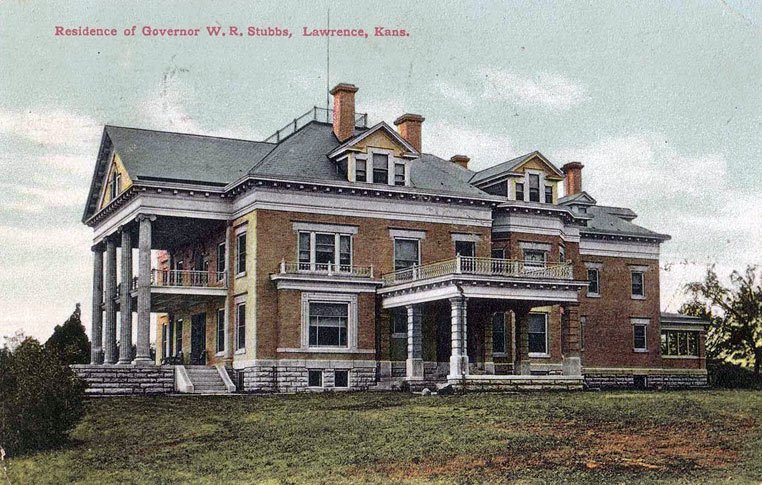 Replacing a massive, Dutch windmill, The mansion of Kansas Governor Walter R. Stubbs was built in 1907. This Georgian Colonial style residence was designed by none other than John Haskell, while he was the State Architect of Kansas. This stunning parcel of land - the highest point in all of Lawrence, Kansas - was situated on twenty-eight and one-half acres, featuring a private lake, woods, a ravine and grassy lawns.

Nu Chapter of Sigma Nu, at that same time, rented a house at 1300 Louisiana St. While adequate in 1903, Nu Chapter had rapidly outgrown this residence by 1907. This prompted the beginning of a search for a new, more permanent home for the chapter. Through some shrewd financial dealings, in 1910 Nu Chapter purchased a newly-built, twenty-one room house, perched atop the very peak of Mount Oread, at 1246 Oread Avenue.

After the first World War, University life quickly returned to its pre-war pace. Nu Chapter was no exception, expanding its rolls rapidly. The house at 1246 Oread Avenue was ill-equipped to handle this growth. By the early twenties, several fraternities had been pursuing the Governor's mansion. But, its lofty price was prohibitive for all. Undeterred, Nu Chapter set its sights on this prized home and grounds. This dream became a reality, when Nu Chapter purchased the mansion in 1922, for $52,000. Nu Chapter now had the largest fraternal estate in the country! 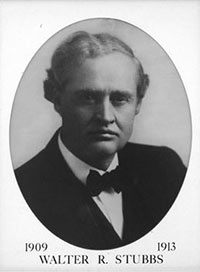 Through the years, many improvements have been made to the stately mansion. It now features a tennis/basketball court, ample parking, and countless amenities. Given its rich history, the men of NU Chapter have lovingly cared for their majestic home at 1501 Sigma Nu Place for the last one hundred years!

Is the Sigma Nu House Haunted?

As an undergraduate, you hear the stories that have been passed down over the decades, that the Governor's Mansion is haunted. The stories vary, but all hinge on Governor Stubbs' mistress, Virginia, who allegedly died on the third floor. Was she murdered by the Governor's wife, Stella, in a jealous rage? Did she end her own life on that third floor bandstand? We may never know. But, it sure adds to the character of what is already an amazing home. We invite you to do your own research and determine for yourself.