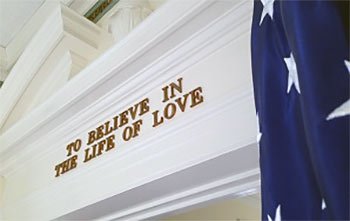 In the famous Governor's Mansion at 1501 Sigma Nu Place, Nu Chapter active members enjoy being part of one of the most prestigious Fraternities at The University of Kansas. Each year, a group of underclassmen join the ranks of Sigma Nu as Pledges, with the ambition to be called "Brother," as an initiate of the Chapter. Over 2,500 young men have been initiated in Nu Chapter, ranking it among the largest Fraternities at The University of Kansas, and one of the largest Chapters of Sigma Nu in the nation.

The men of Nu Chapter benefit from their membership at every step as they matriculate through their college career. Sigma Nu helps forge young men who embody honor, honesty, earnestness and leadership.